Lunch With A Friend

Previous Next
Lunch With A Friend

Pray for us. We are sure that we have a clear conscience and desire to live honorably in every way. – Hebrews 13:18 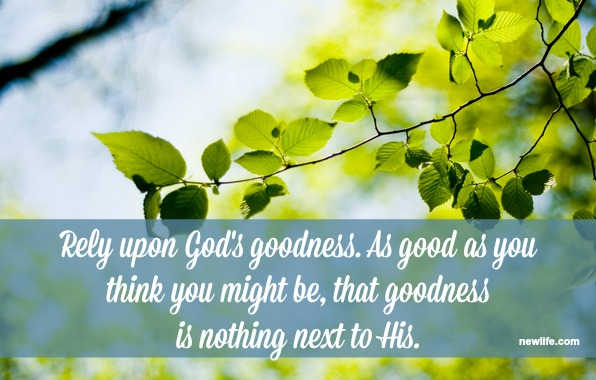 Only the good news of Jesus Christ encourages us to honestly think about who we really are and to address our shortcomings in a way that won’t cause us to wrongly rely upon our own efforts.

Let me explain with this example: A while back I had lunch with a non-Christian friend. As we ate, we began discussing spiritual things. I made reference to the prodigal son, and no sign of recognition crossed his face. He’d never heard the story; he knew nothing about the Bible.

As the conversation progressed, he got around to stating his theology: namely, good people make it to heaven. He considered himself a kind, loving, and good person. And without a doubt, he’s one of the nicest people I know. But as we talked longer, he discussed his internet relationships with women ready to leave their husbands to live with him. His “goodness,” as he called it, gave these women new hope about men.

I felt compelled to challenge his thinking. “What would these ladies’ husbands think of your so-called goodness?” I asked. “Has this ‘goodness‘ ever prompted you to call one of these men and ask if he minded that you were having an internet relationship with his wife?” As it turned out, his “goodness” wasn’t as good as he thought it was.

Rely upon God’s goodness. As good as you think you might be, that goodness is nothing next to His.
– Steve Arterburn
Reason often makes mistakes, but conscience never does. – Josh Billings